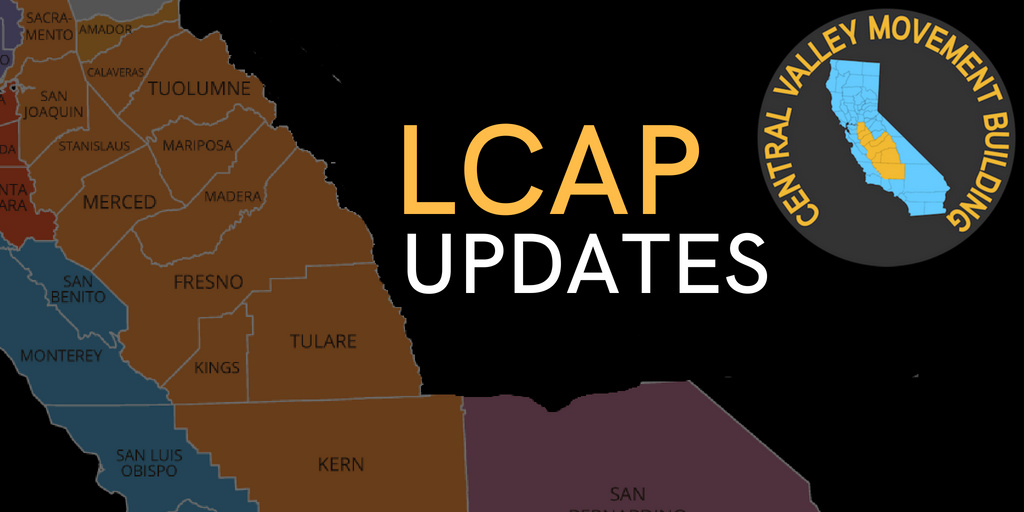 In just over a year, parents in California City have made great progress in organizing and advocating for Black and Brown students in Mojave Unified School District.

Parents formed a group now called the Cal City-Parents Student Association (CCPSA). This year, working closely with the Dolores Huerta Foundation (DHF) in Bakersfield and the Central Valley Movement Building, parents started attending and speaking out at the MUSD Board meetings.

As part of their presentation in a local public Local Control Accountability Plan hearing, DHF and CCPSA made specific recommendations on behalf students of color in the MUSD district.

In part, the recommendations include:

School Climate
MUSD is currently allocating $842,815 for PBIS (Positive Behavior Interventions and Supports). However, students are constantly being suspended and expelled without any intervention and any parent contact and students are being referred to police. This kind of zero-tolerance policy creates a negative school climate that guarantees an incriminating student record. MUSD must be use these funds to correctly implement PBIS.

Cultural Awareness
Although the student demographics are 65% students of color, there is only $7,000 being on spent on cultural awareness. Parents have been told that there is lack of cultural awareness curriculum; however, there are public documentaries and other resources which can be used for classroom instruction. Students deserve to be taught curriculum that represents their demographics. MUSD must increase these funds as well as implement cultural competency training for staff.

Parent Engagement
In order to increase parent engagement, MUSD must allocate funds for the creation of an African American Parent Committee. This will allow parents to analyze the needs of students and be able to create programs that will lead to student academic achievement.

Student Achievement
Parents would like to see more transparency in the grading system. The parent portal is not being utilized and the district must create a system which is accessible to parents to keep track of their child’s academic progress.

These and other recommendations have been included in MUSD’s LCAP for the upcoming school year 2018-19.

CCPSA, DHF, and CVMB will continue to push and monitor the implementation of the LCAP recommendations. Parents will continue to attend board meetings and specifically push for the formation of an African American parent committee for the district or in specific schools in California City.

The goal of the parents and supporting organizations is to work with the MUSD to bring about measurable outcomes that include a reduction in the suspension rates, an increase in the graduation rates of students of color by making use of positive behavioral interventions and supports (PBIS) and restorative justice practices, as well as culture sensitivity training and teaching for teachers and staff. 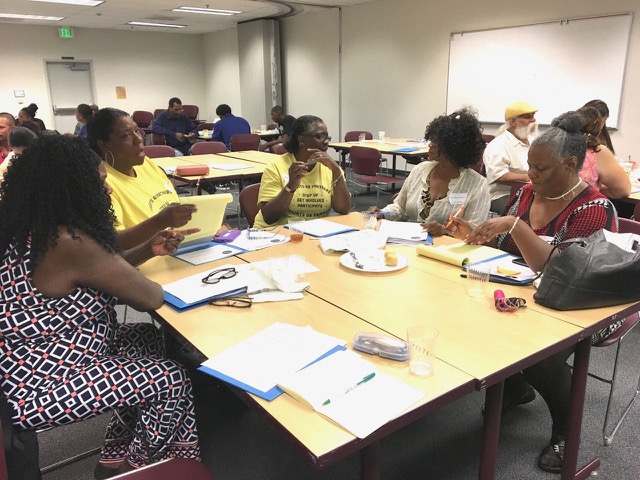 Similar goals and actions are taking place with other CVMB partners, including the Black Parallel School Board in Sacramento, the Merced Black Parallel School Board, and Kern Education Justice Collaborative.  These groups also participated in CVMB’s April convening where they received a Know Your Rights Presentation and a detailed presentation about the high suspension rates in the Central Valley.